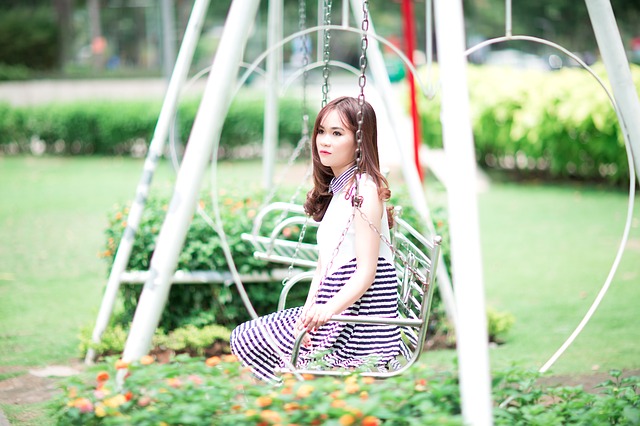 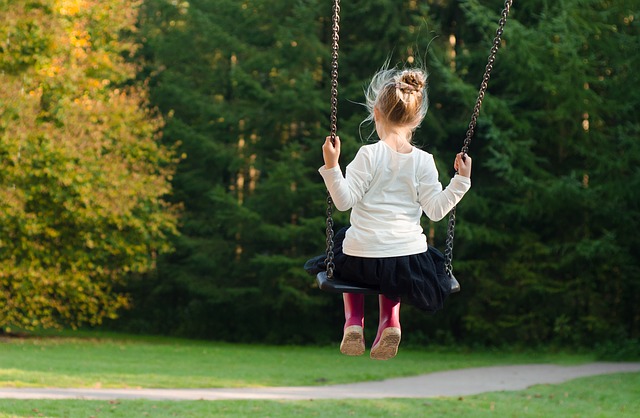 As a kid, I always looked forward to going home to our ancestral house in the province. It was a quaint town with a big community playground right in front of our house. As soon as our dad parked the car in our grandma’s house’s garage, me and my two siblings would rush out and head straight for the playground. We didn’t even bother to change into our house clothes or greet our grandma first!

The playground then was almost always empty. Maybe one or two other neighborhood kids would be playing there. We always arrived at the province around noon, so I guess other kids would be taking a nap then. We had the playground to ourselves all the time for a good two hours at least.

What I loved most about the playground were the outdoor swing sets. They were always in good condition. I think most other kids like swinging on a swing set too. I guessed it’s because of the exhilarating feeling of being “able to fly”, and the excitement and expectation that the swing might go over the top bar (like as if that was really going to ever happen).

There were two pairs of swing sets on the playground. One pair was made mostly of steel. The seats were welded steel bars and these seats hung from linked steel chains. It was quite noisy and creaky, but it was okay. Although, sometimes, the creaking noise made me feel nervous that it would fall apart. Oh, the seats had backrests too—but just until the lower back. It was a good support feature and I liked to swing hard on those swing sets.

The other pair was made from discarded vehicle tires that hung from a sturdy piece of rope tied on the top bar of the swing. I also liked to swing from these tires because I could make the tires spin while it was swinging. It’s like trying to do an exhibition in a contest. My other siblings couldn’t do it; they were probably afraid that the ropes would break with too much twisting. I could also stand better on these tire swings. The flat-seated swings made it difficult to do a standing swing, as it seemed that the seats would flip over if I couldn’t put enough weight on them while I swung.

I would really push my whole body forward to increase the energy of my swing. I also remembered my grandpa giving me a good push to get the swinging motion started. I liked that—it feels like someone is supporting you and believing in your ability to soar high. I liked the feeling of meeting the sky with every swing, higher and higher like as if I would fly if I let go of the chains on the sides of the swing seat. Those were really the times when it felt like I could swing away any childhood problems I had.

The swing set area would be our first stop every time we went to that playground. When our parents called us in from across the road, we would beg to have just five more minutes on the swing set before we left. It didn’t matter that our shoes would get covered in dirt when we dug our feet in the ground to swing or to stop the swing. What was important was that we immediately made the swing go faster and higher.

That playground is still in good condition even if it’s around 20 years old. The people working in the community hall take really good care of the park and the playground equipment. Their children and grandchildren will surely thank them for it.

I still like to hang out there and meditate whenever we visit our grandma in the province. Although, I don’t swing as hard as I used to. I do love watching my kid cousins take a go at the swing sets. There are so many of them (more than ten at one time rushing to the playground), that they have to take turns with the swing. Sometimes, they even ride two at a time on one seat, just because the younger ones are too excited and can hardly wait for their turn! It’s still the most popular equipment there. It’s almost never vacant because most kids who go to the playground want to go on the swing set.

I always noticed that the kids would also have that same flushed feeling of elation after a good swing. It’s nice to see how play really affects one’s childhood memories. It is a generally great feeling that you won’t forget, no matter how much time has gone by. It’s that ability to fly, even if it’s just pretend… I hope kids never stop playing. Even when their already adults and have kids of their own. I hope they always remember as I do the joy that play—that simple swinging on a playground swing set—brings to the heart and soul. 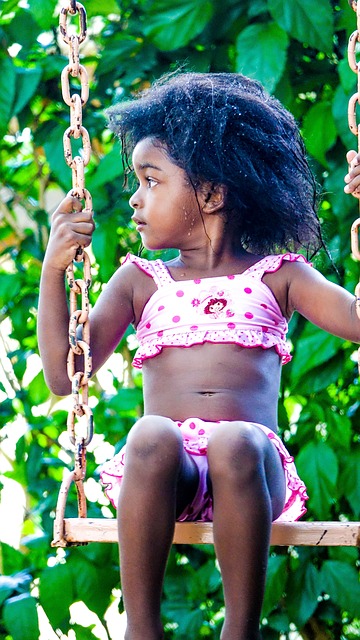